7 Watch Styles That Will Never Go Out of Style

7 Watch Styles That Will Never Go Out of Style

Style 5:
The day and date complication

Style 5:
The day and date complication

Welcome to a quick review of 7 watch styles that will never go out of style. The focus is going to be on the "type" or category of the watch because an entire encyclopedia can be written about all the possible design and style permutations. Besides, these types can rightly be considered a style given their integration of case size, shape, material, dial and hand design, and strap options to represent a specific use.
Here's the lineup:

This style should always have a place in any collection as it represents the original incarnation of the wristwatch; a round case with an hour, minute and second hand.

It also works well in every case size because of its simplicity. This watch makes a great first watch for children and can move into every situation and setting with ease. 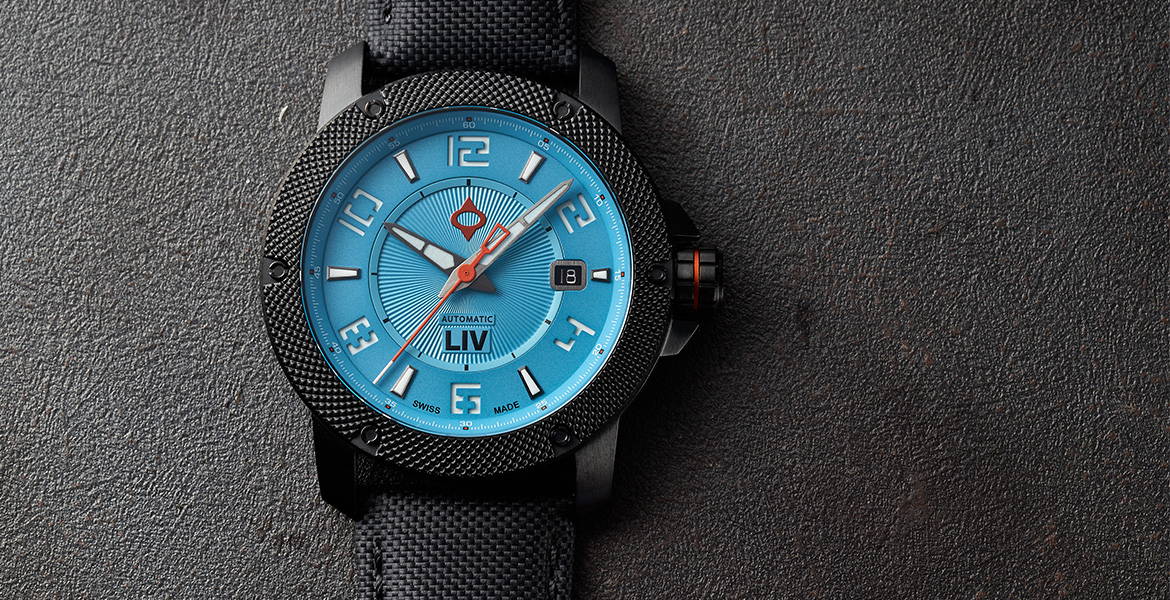 ​Chronographs rock, baby. They are gems of horological engineering. These beauties function just like a stopwatch and can be used for timing anything that stops and starts. Truth be told, most people never use the chronograph functions; they buy the watch because they are just cool.

The chronograph functions are displayed in small subdials, sometimes called "eyes." The most common arrangement is the three-eye format with the subdials at the 3, 6 and 9-o'clock positions or at 2, 6 and 10-o'clock. Pushers at 2 and 5-o'clock are the standard and they control the timing functions of the chronograph.

However, two-eye and four-eye arrangements are available. In this case, four-eyes isn't the derogatory term once hurled at kids with glasses. In this configuration, the subdials are generally aligned in a row in the bottom half of the dial. 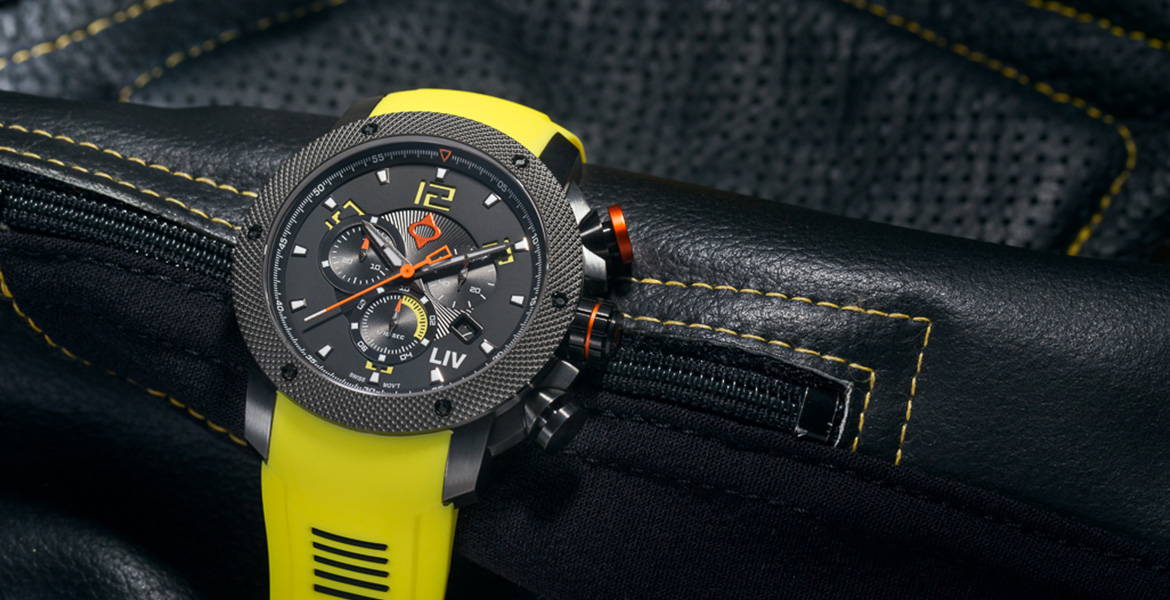 ​These workhorses can be identified by their outer rotating bezel, beefy stainless or rubber straps, larger hands and generous use of lume. Since a square bezel doesn't make sense, these watches are most frequently round although an exception can be made for the iconic Panerai.

A diver's watch deserves a place in every collection. Like a chronograph, most owners will rarely wear their timepiece to its rated underwater depth, but the diver's watch exudes ruggedness and a sense of adventure. 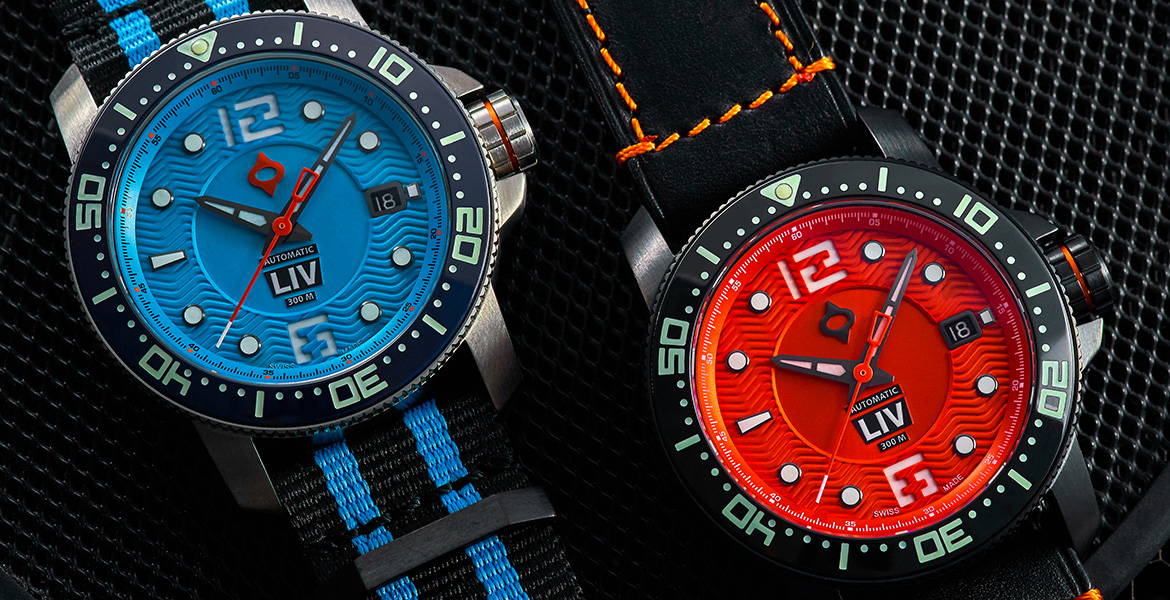 Seeing as how the first wristwatch was a pilot's watch, you owe it to yourself to have one or more in your collection. These watches can be recognized by their larger case size, oversize hands, lots of lume and straps that feature rivets securing the strap to the case.

Pilot's watches can house a simple movement or a chronograph. The purpose of this timepiece was to provide pilots an accurate and reliable means of timing the legs of a flight plan. Lots of lume is needed for visibility in low-light flight conditions. Want to display a devil-may-care attitude? A pilot's watch and white silk scarf can help you pull it off. Goggles are a bit too much. 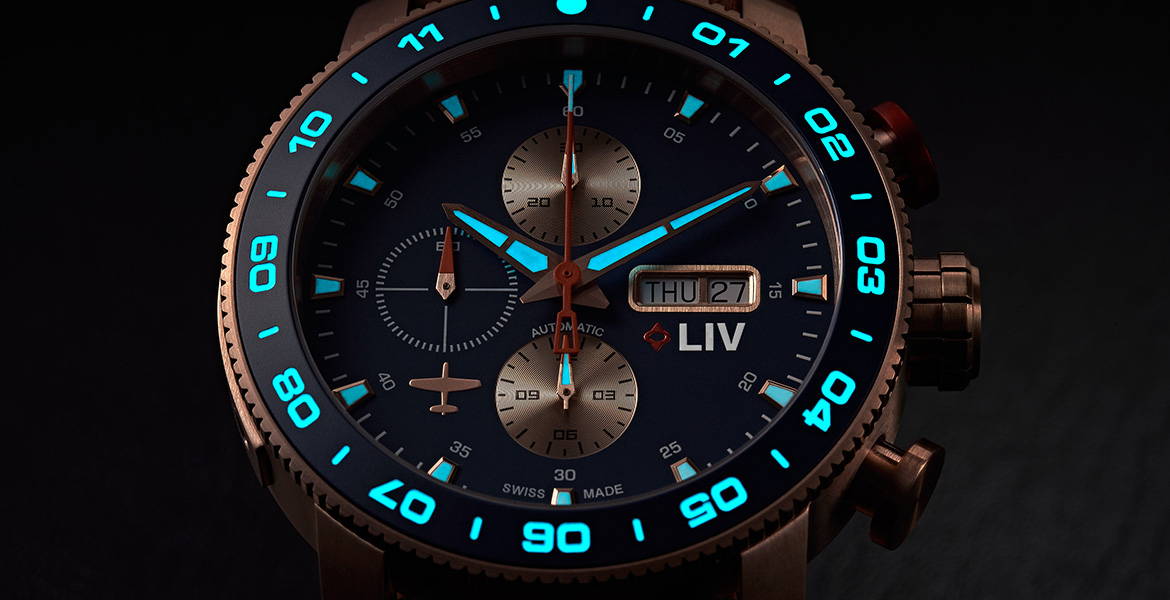 Perhaps one of the most useful styles is a watch that displays the day of the week, the date or both. Windows cut in the dial display the calendar info clearly. Now, you can tell the day of the week and month along with the time of day. These take the elegant simplicity of the plain time-of-day model and amp it with cool calendar functions.
The display windows can be located anywhere on the dial. Saying that the 3-o'clock seems the most popular. Big dates often occupy the 6 o'clock real estate while day and date typically show up between the 3 and 12 o'clock positions. 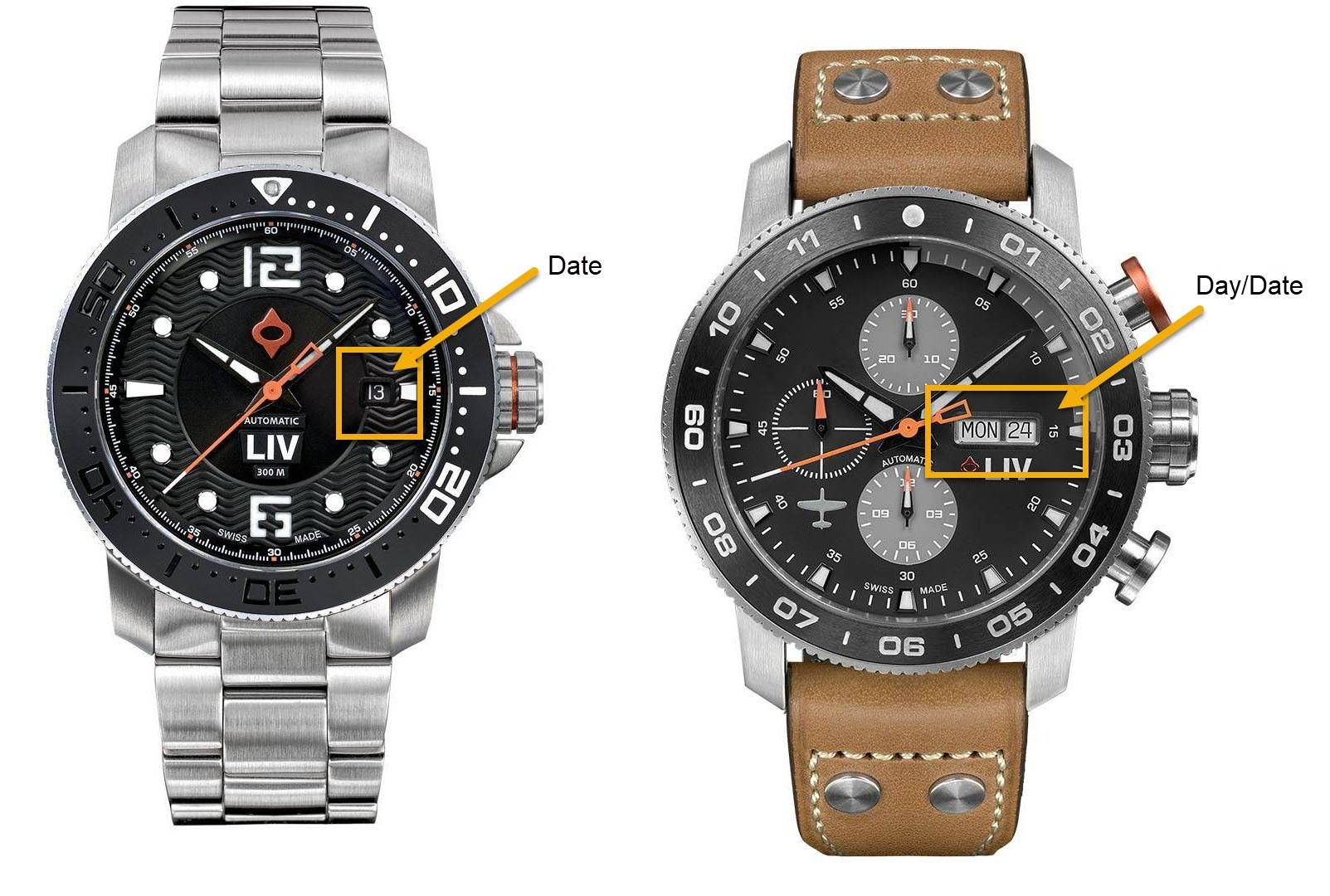 What does "not round" encompass? The possibilities here are nearly limitless, however, machining and assembly complexity along with comfortable wear keep the madness in check. Here is a handful of the most common:

Add these to your collection as you see fit. 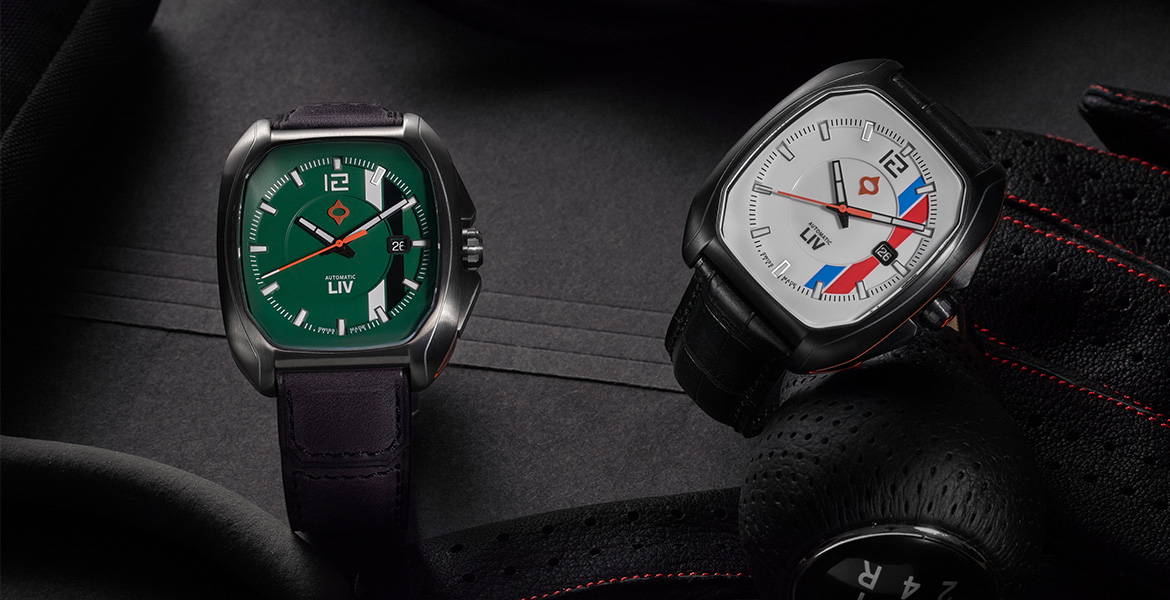 Style 7 - The blinged out watch

Nothing quite shouts extravagance like a totally blinged-out watch. These bad boys and girls make extensive use of gemstones and rare or precious materials to make a statement.

The technique of covering the face with gemstones creates what is called a pave dial. The possibilities are endless, and the prices are astronomical. For sure, this isn't your everyday wear watch, at least I can't imagine a case where it would be. This Graff watch is a perfect example.

If you want a watch that can be seen from low Earth orbit, one of these may be in your future. Be sure to contact Lloyd's of London for appropriate insurance. I don't think your homeowner's insurance will cover it for loss or theft. 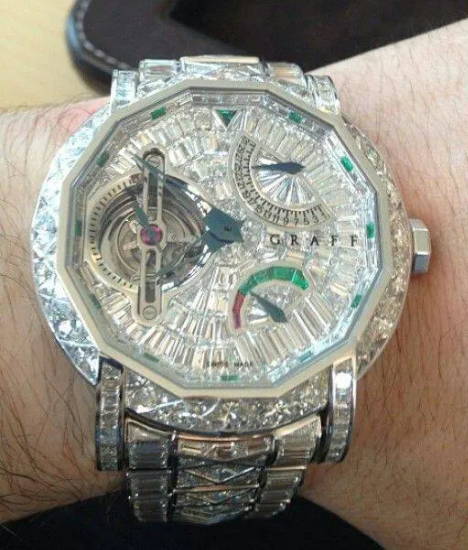