What makes a LIV watch? Part 1 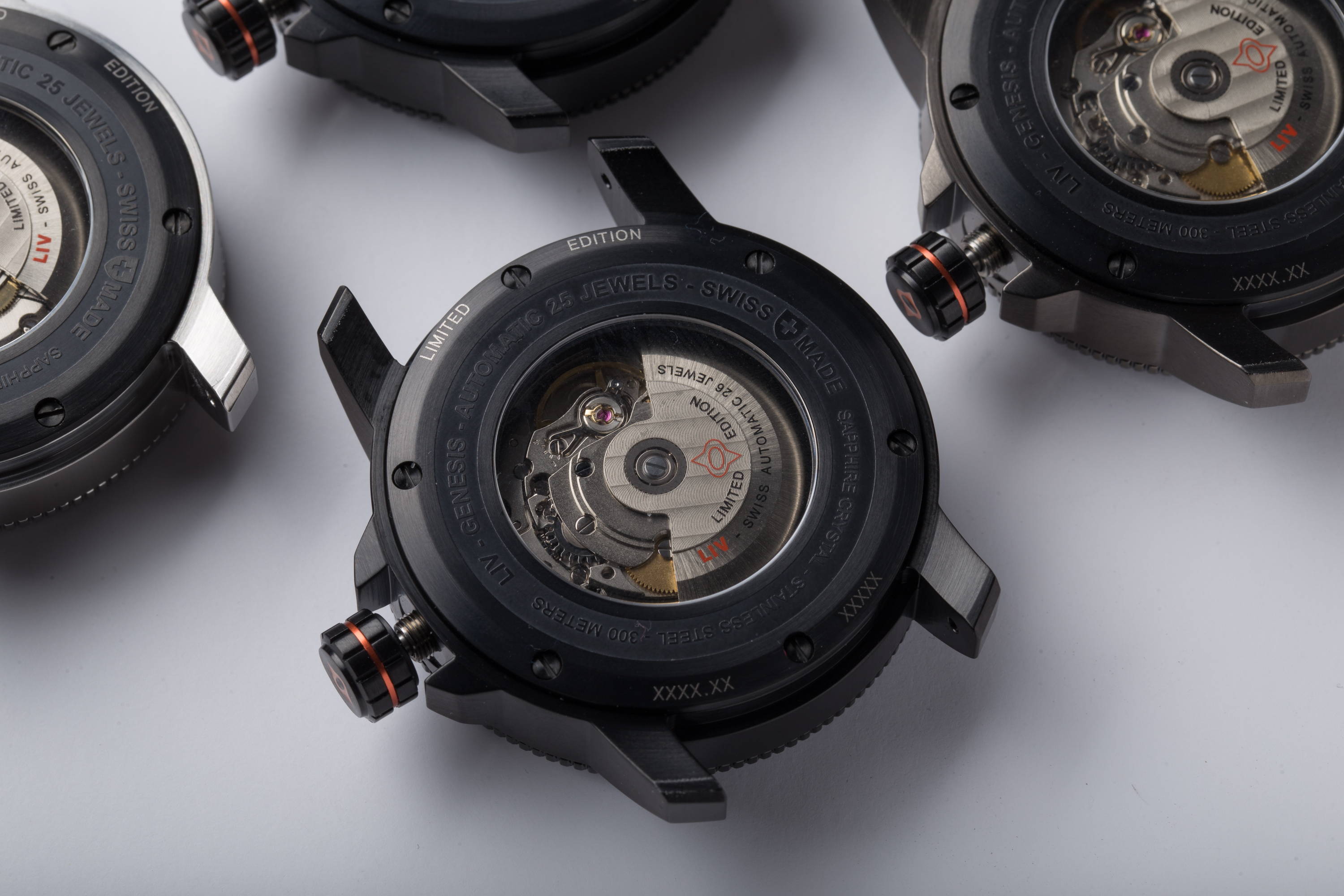 We at LIV Watches love making watches so much that we decided to share our passion for what we do with our fans and readers. We wanted to do so in a way that provides deeper insight into what makes us tick (yeah, silly pun, we know!). And so we’ve put together a five-part series of articles that delves into a simple (yet also complex!) question: what makes a LIV watch?

It’s always best to start at the beginning. And so we’ll commence this five-part series of articles with a look at the beginnings and inspiration of LIV Watches. Where did this crazy passion for watches all start? This article will focus specifically on Chaz, the guy who co-founded LIV Watches beside me, who runs its everyday operations and the watch production side of things. 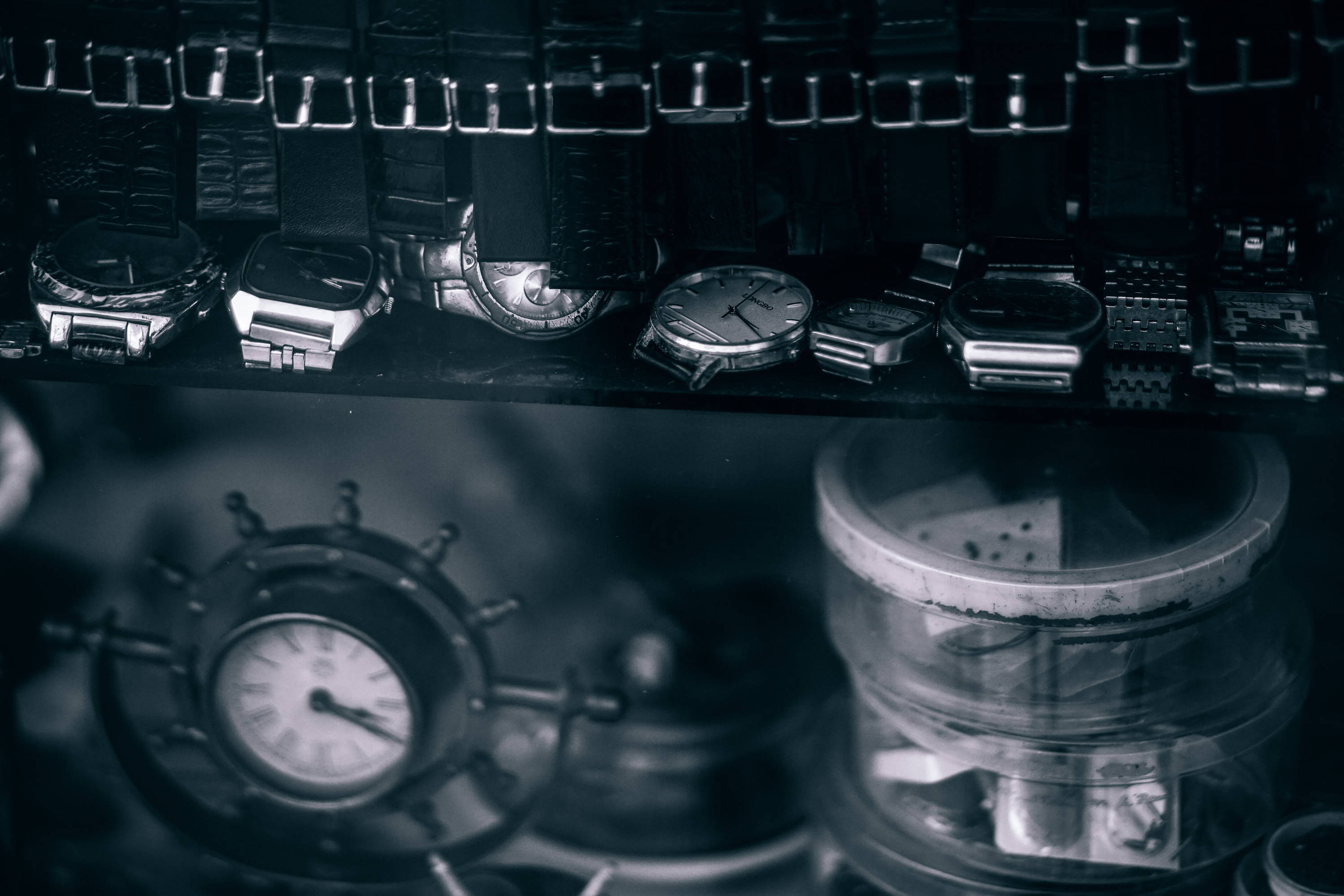 Look at all those vintage watches, just waiting to inspire someone.

The kid who loved watches

Chaz started young. Okay, let’s be more specific: his love for watches began at a very young age. He remembers that his fascination with watches began when he was 8 and he got his first watch. He believes it was a Casio and he never took it off. He was immediately entranced by the ability of this small thing on his wrist to tell time, that most universal, even mysterious thing that Chaz felt a special kinship to from the moment he got that watch.

Then his older brother went to Switzerland and returned with a Swatch watch. He recalls that it was made of black plastic with white face. He thinks he wore it until at least 15 or 16. It broke on him and soon after he ‘went cold’ on watches - well, only for a few years. Passion can only run cold for so long, right?

Chaz’s passion for watches was reignited in a rather odd way. He moved to Miami at 19 to attend college, where he eventually met up with a family who were running a boutique Swiss watch brand. That was still quite a rare thing in the US back in the early 90s. He stuck around and asked them if they had any job for him. The family was quite shocked when Chaz willingly started out by working in their watch packing room! In fact, he dropped out of college to do just that. And so he started working with the Daniel Mink brand.

Chaz doesn’t like to think of himself as being ‘mystical’ or even a fatalist. But he does wonder if meeting that family in Miami all those years ago wasn’t meant to be, as if it were his fate. Because it was from there that his love and understanding of watches and the watch world grew…and grew. 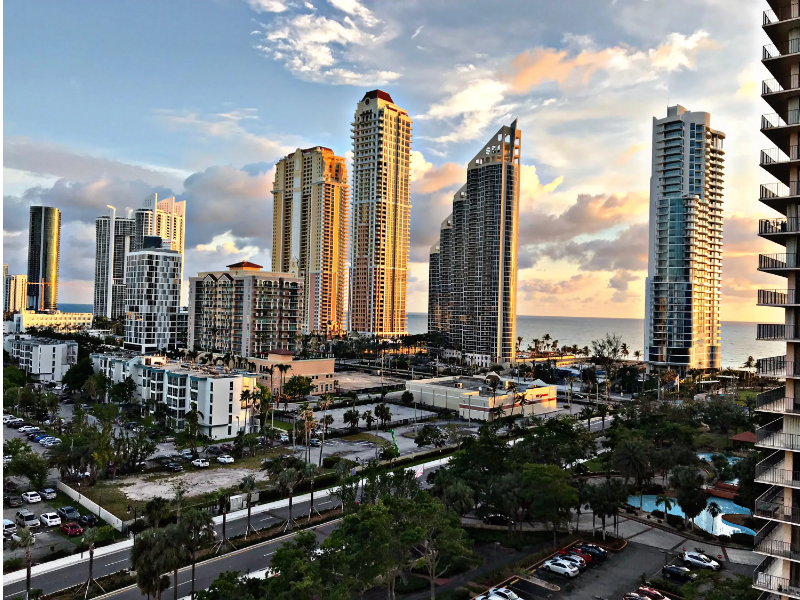 A watch professional in the making

The watch world is a complex and exciting niche with much to offer, as Chaz would discover. He ‘graduated’ from packing watches to helping the family with maintaining accounts with stores like JC Penney. He did sales for about two years and basically lived out of his car looking after the JC Penney account. Theirs was the only Swiss watch brand in those stores. Chaz grew the account from just five to 35 stores.

He then moved onto the product side at 25, which meant going to Vienne in Switzerland and being involved in the production aspect of the business. He became immersed in how design leads to prototype to then taking production and other factors into consideration. He quickly learned about all the different components that need to come together in order to make and sell a watch. These included all the different players in watch production, from hand manufacturers and dial manufacturers, to the assemblers and other craftspeople. 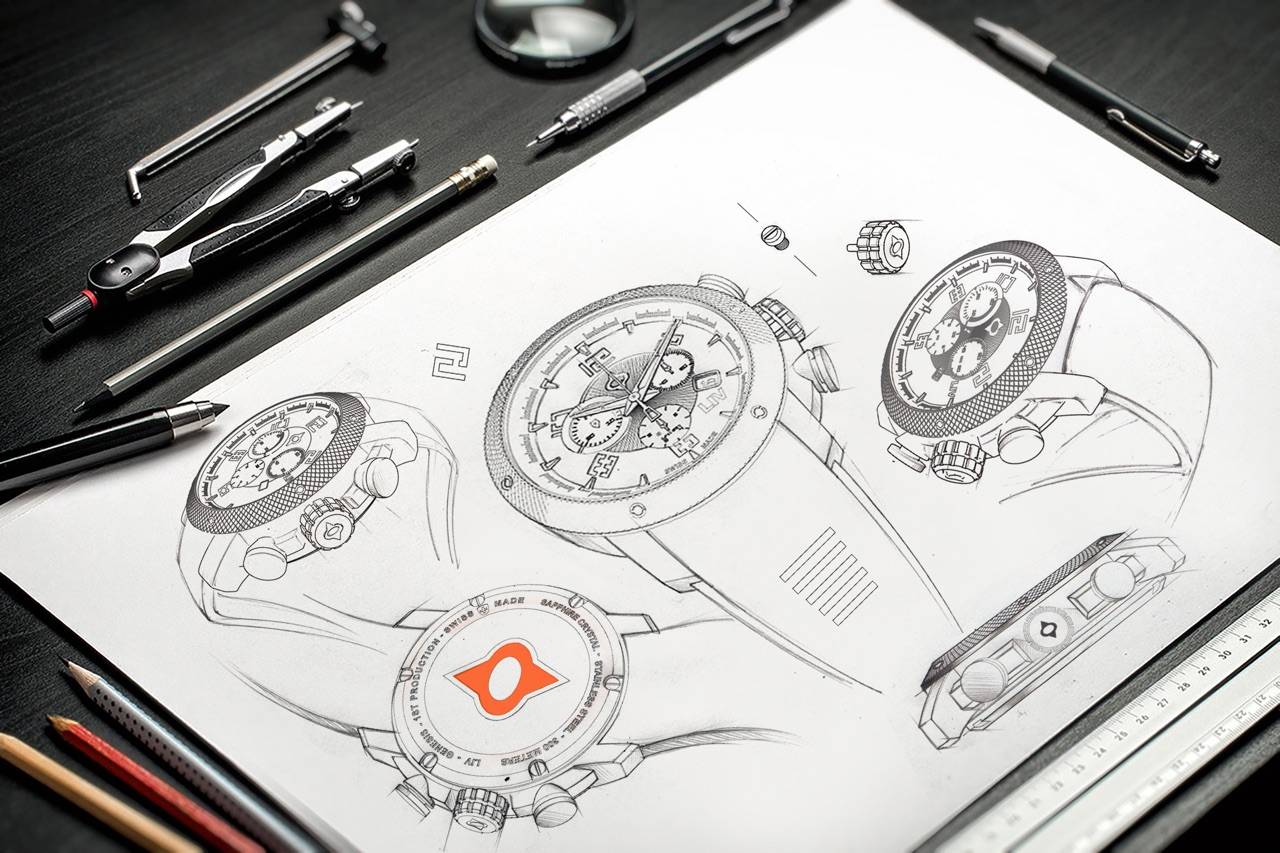 His time in Switzerland lasted about 3 years and could be considered the formative years of Chaz’s immersion into the world of watch-making. It was his apprenticeship and the Swiss watch industry was his college. Those years would shape his future in the watch world.

The Miami family’s company was bought out by another company and things shifted, and so Chaz decided to strike out on his own. He knew he wanted to make his own watches, but in the late 90s barriers to entry into the watch industry were still prohibitive. He knew he had the ‘skill stack’ to be successful in the watch industry. He was being approached all the time by American retailers to get this or that watch product, and Chaz had built up a great network of Swiss contacts to be able to do just that. And so he opted to sell and buy high-end Swiss watches, a gig that lasted for about 12 years. In that time, Chaz got to learn a whole bunch of new stuff about the industry, especially on the commercial side.

Most importantly, he got to learn about what sells and what doesn’t sell.

Although successful in his business buying and selling watches, Chaz felt like he wasn’t building anything that he really loved. He was essentially just trading in watches, what he called being a watch retail ‘gofer’. There was nothing creative about what he was doing and he was lacking fulfillment. He could also see that things were rapidly changing in the watch retail world, what with the emergence of online retailers like Amazon and social media platforms like Instagram. Chaz realized more than ever that his dream was to create his own brand. He knew he wanted to make a ‘man’s only brand’ catering to a specific niche in the market.

It was time to take a huge plunge of faith and self-belief--it was time that we started our own brand to make Chaz's dream come true. 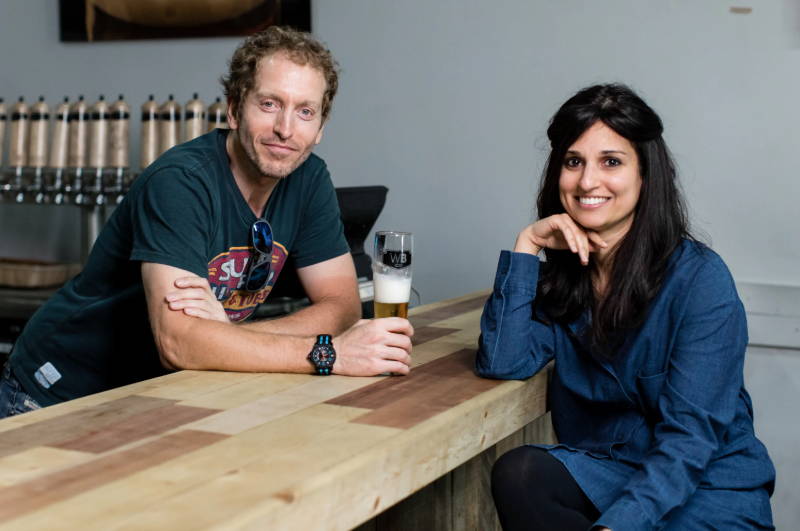 LIV Watches was launched in 2014. One of the first things they decided to do was have a worldwide design challenge, ‘the LIV Design Challenge,’ to find the best designers and design concepts for their exciting new brand. No less than 200 designers entered the challenge, although many fell out during the process. Out of the final 100 designs submitted, the LIV team picked the top 6 designs, instead of a top 3 as originally planned. The design finally chose was what would become the GX1, which remains a LIV icon to this day. It was our baby that we’ve loved ever since!

It was about 18 months later in 2015 that LIV did its first Kickstarter campaign. Chaz explains that the decision to use Kickstarter was based on how the company had decided to be more ‘communitarian’ in its approach so that LIV could prove its ethos, i.e., that of being a watchmaker committed to making a fashionable, well-made yet affordable men’s watch. It took three iterations of the first prototype before the LIV team came up with something it liked, including the strap options, strap construction, packaging, logo, fonts - all to create the LIV ‘ecosystem’. The crowd-funding initiative was a stunning success and led to other equally successful crowd-funding campaigns. LIV Watches was well and truly on its way.

The LIV Watches ethos is about making unique, beautifully-crafted, high-quality Swiss Made men’s watches at an affordable price point. But how did LIV Watches arrive at that point? It’s all about the inspiration. LIV Watches embodies the inspiration that created the brand in the first place and continues to fire up its team.

So, what does Chaz love about horology and the watch-making process? He loves the engineering, the mechanics of it. He also loves the design of watches. He believes we are all drawn to something in life, something we crave. It’s that one thing in life that a man wants that truly allows him to truly express himself. For Chaz, a watch is that one thing that allows him to do just that. For him, a watch tells so much about oneself - your accomplishments, your persona, how knowledgeable you are, your taste, how educated and cultured you might be.

I love the ability to see time with hands - there’s something sexy about that!

In a way, that’s why crowd-funding was such a perfect match for the LIV brand - it brought together the passion felt by Chaz and his team and the many watch lovers who wanted to take a chance on a small Miami start-up with a big dream. It fit in perfectly with his vision of fostering a community approach to getting his watches designed and building a brand together with the people who want it to succeed.

The people who buy and support the brand are who inspire LIV Watches the most. The support and feedback given by those who buy a LIV watch means the world to us. Those who buy our watches are not thought of as ‘mere’ customers. They’re so much more than that. As Chaz says: “You’re not a customer, you’re a fan."

For us here at LIV Watches, that’s more than enough inspiration.

Esti's passion for men's watches led her to co-found LIV Watches—a microbrand dedicated to connecting watch collectors with high quality, limited edition, Swiss Made timepieces at prices they can afford—and the rest is horological history.

What makes a LIV watch? Part 3: The design process

What makes a LIV watch? Part 2